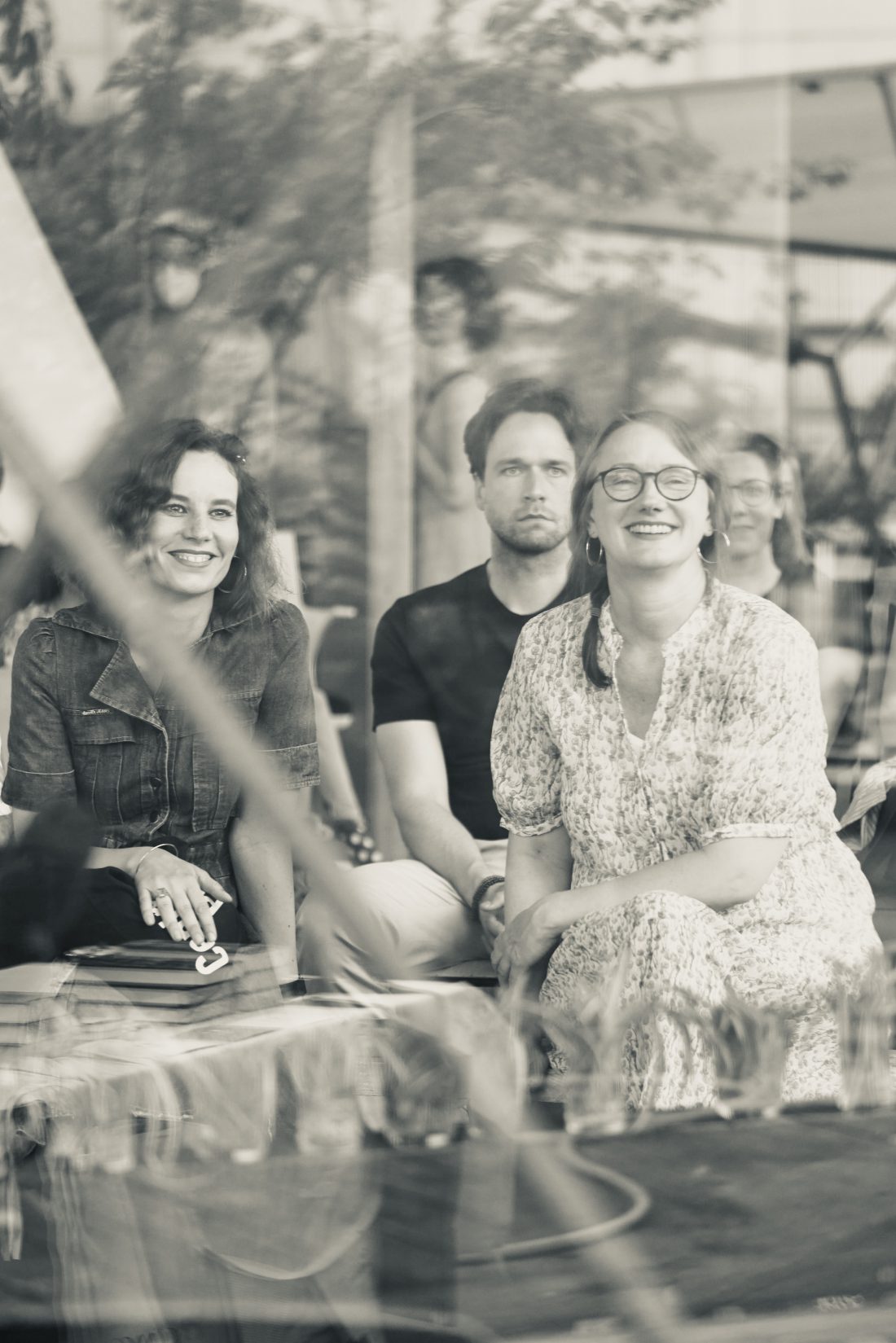 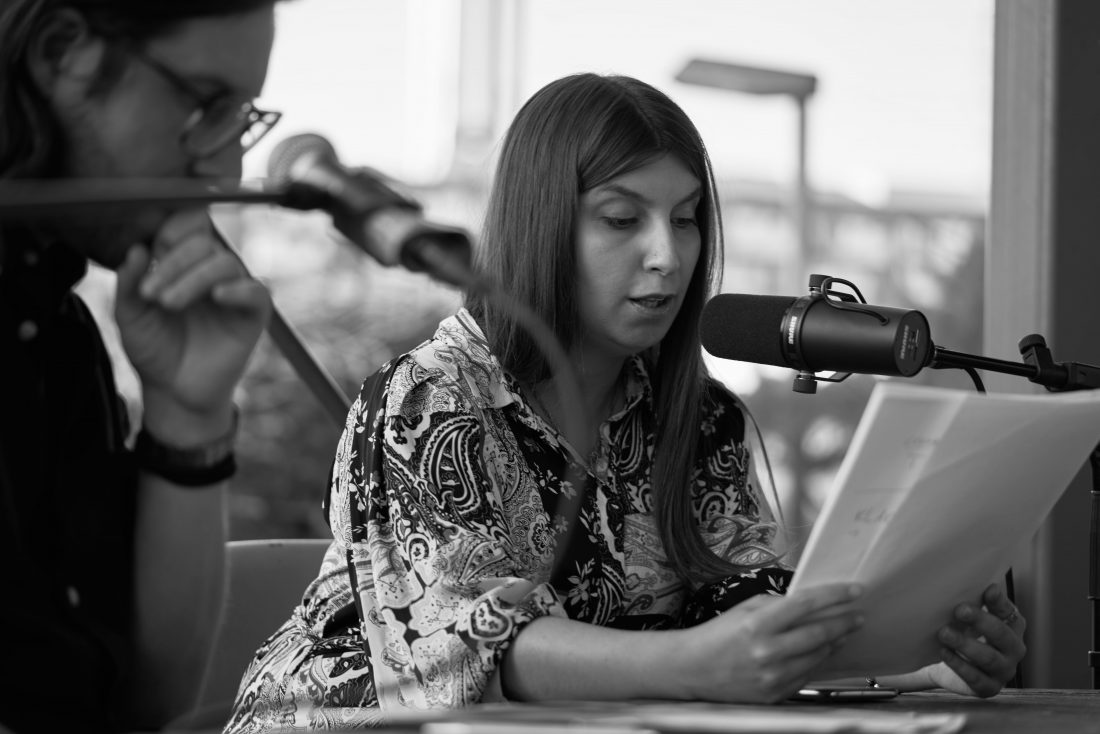 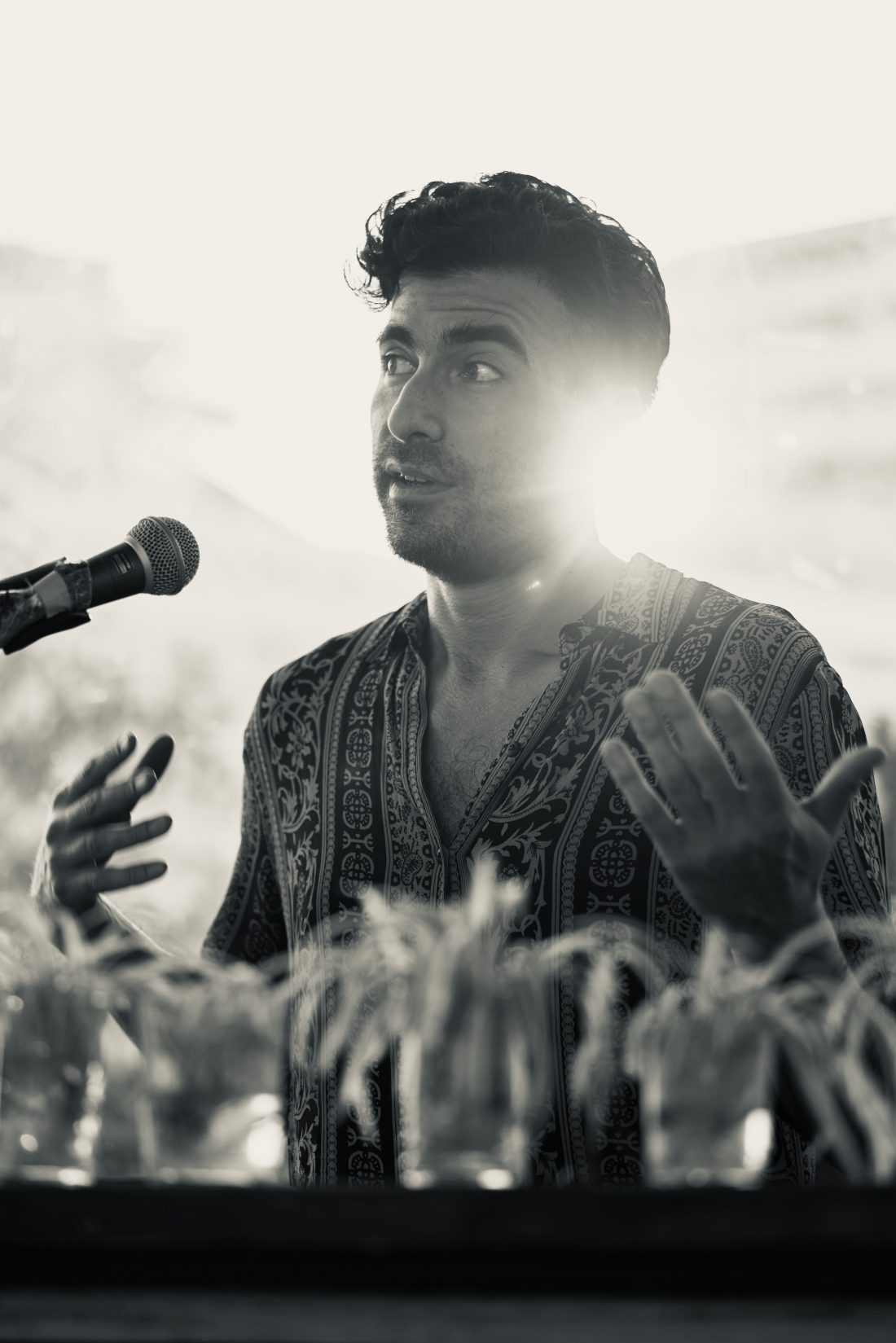 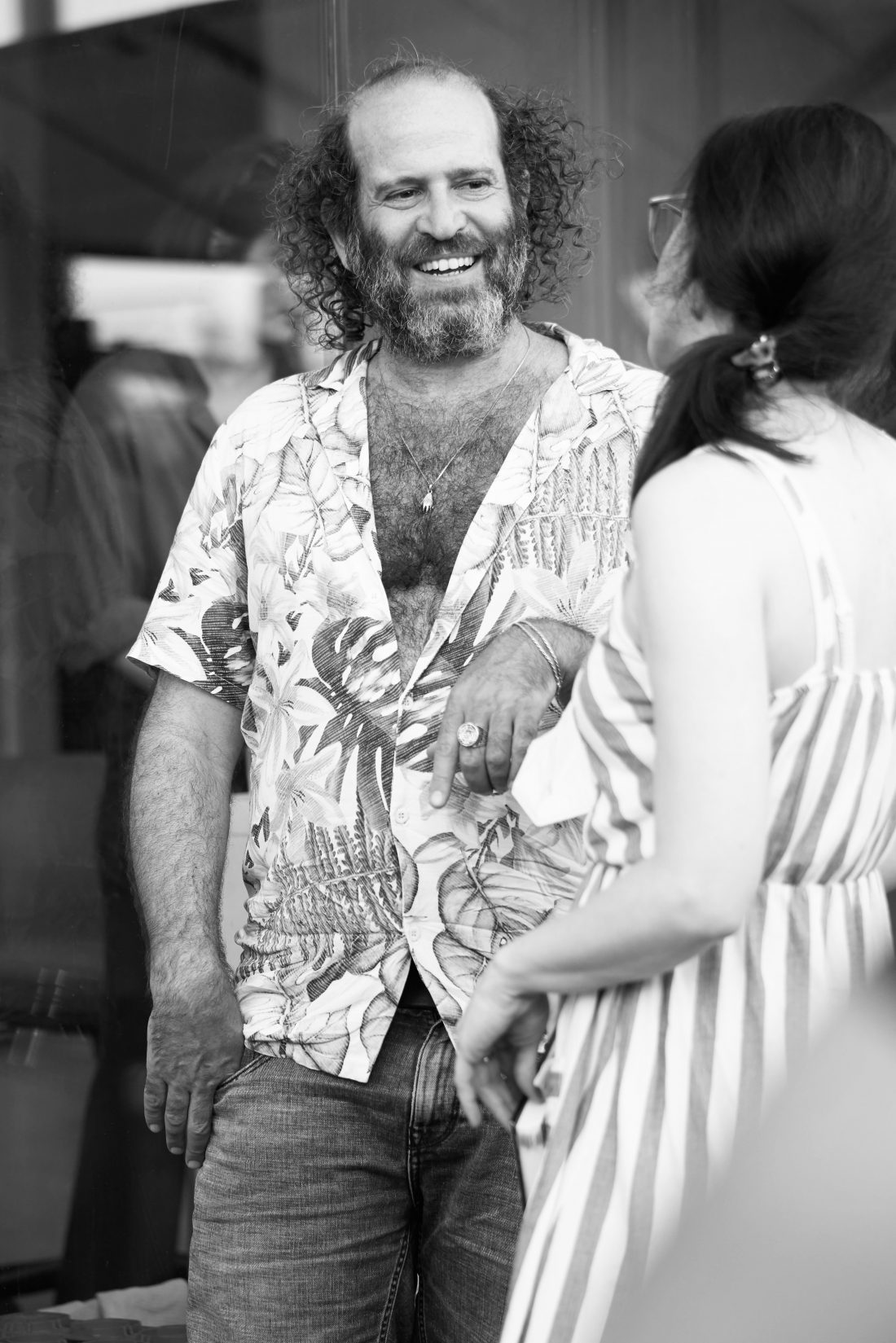 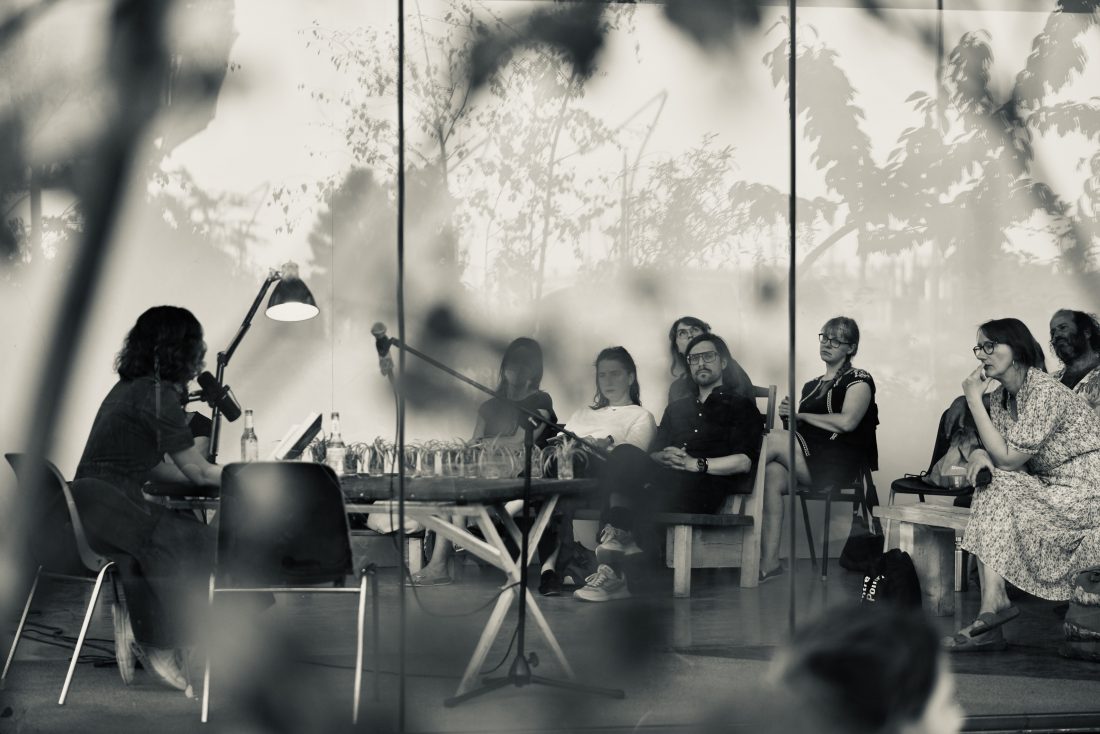 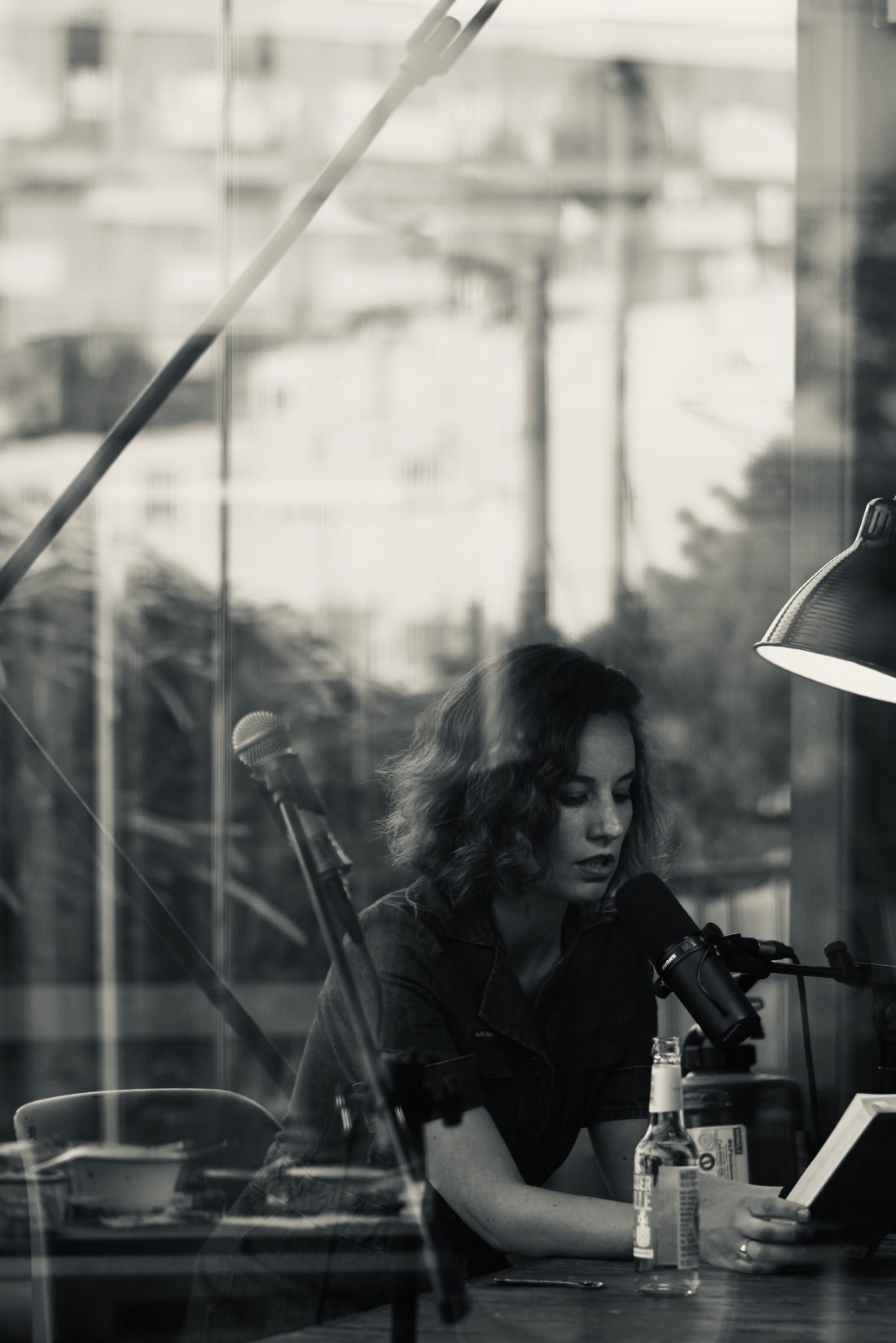 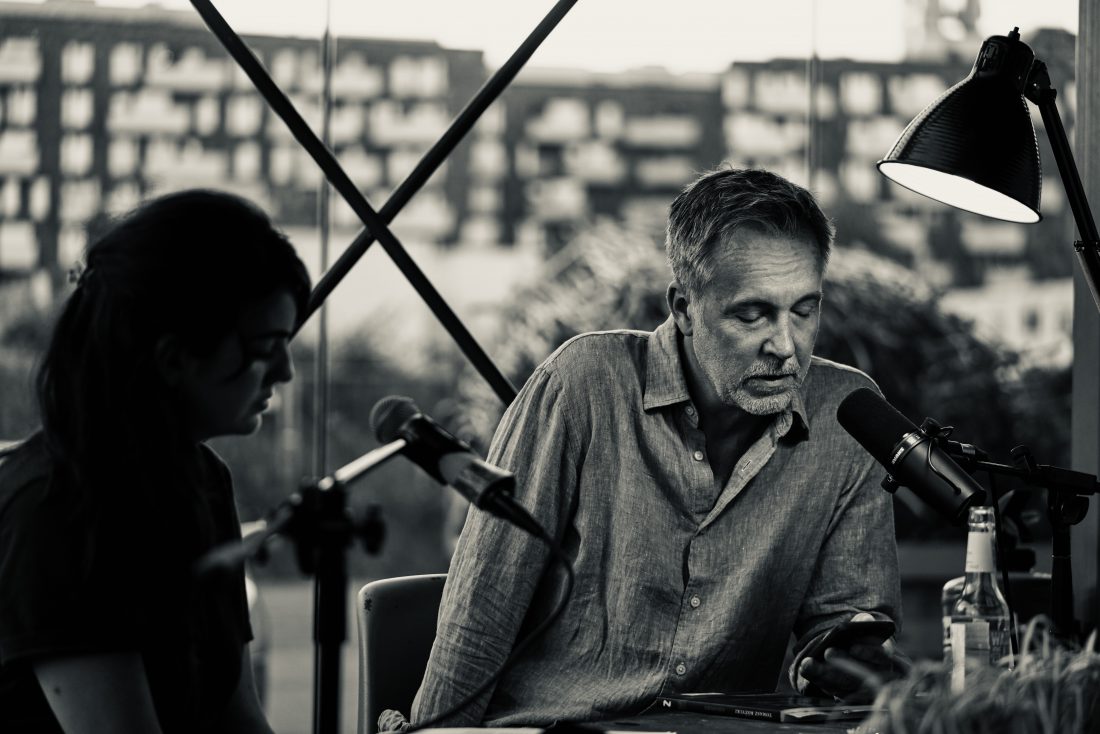 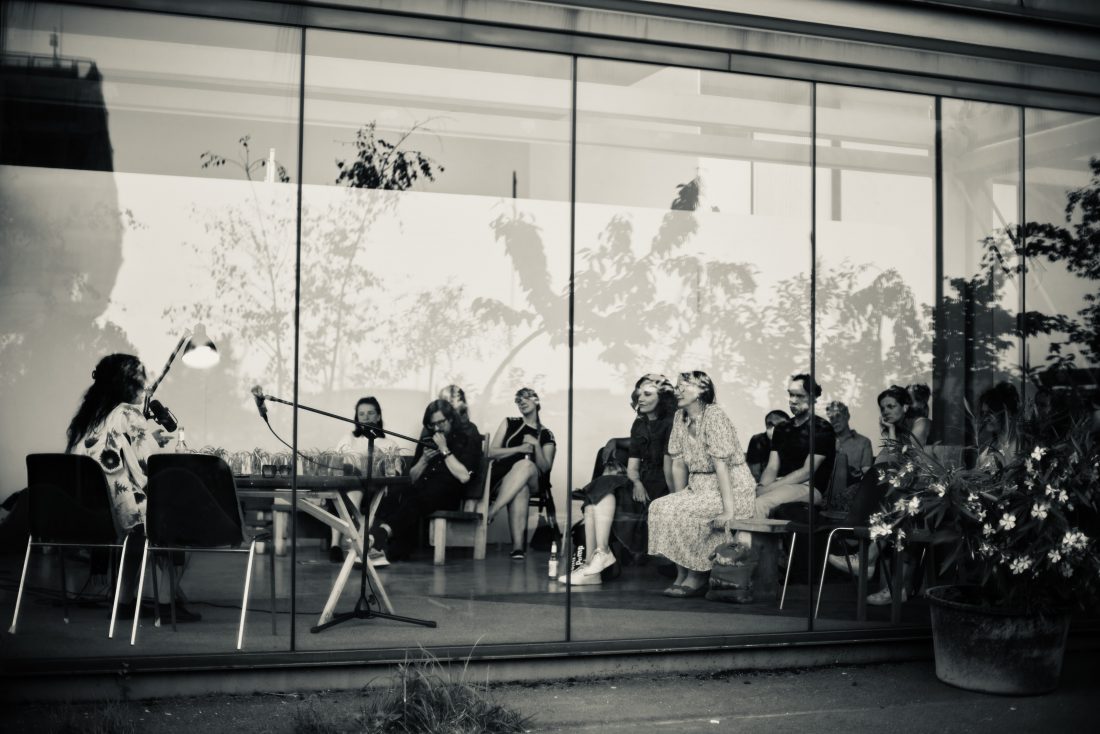 The Hafenlesung summer edition was a sweaty success. Despite the balmy heat and spontaneous change of location, we had readings of poetry and prose in Polish, Hebrew, Russian and German at Hamburg’s Mundhalle, all while enjoying tasty morsels prepared by Toni Treeck of Kunterbuntess.

We were graced by Israeli writer Tomer Gardi, whose book Broken German (Droschl) was also made into a radio play (directed by Noam Brusilovsky). His second novel Otherwise You’ll Get Your Money Back (2019), saw Tomer receive the Alfred Döblin Scholarship, and his latest novel And Nothing Ever Ends was awarded this year’s Leipzig Bookfair Prize.

For this event, we commissioned a new German translation from Ukrainian poet and computer programmer Ekaterina Derisheva(translated by Tillmann Severin). Her work has been long-listed for the Arkady Dragomoshchenko Prize in 2019 and translated into English, Polish, Vietnamese, and Romanian. Ekaterina’s book Tochka Otscheta (Moskva) was published in 2018.

Tomasz Różycki is a Polish poet, critic, and translator. He has published nine books since the mid-1990s, including the Koscielski Prize-winning epic poem Dwanascie Stacji (Twelve Stations, 2004) and the sonnet cycle Kolonie (Colonies, Zephyr Press, 2006), both of which were nominated for Poland’s most prestigious literary award, the NIKE.

Our local spotlight featured Hamburg residents Kristine Bilkau and Claudia Schumacher. Kristina’s first novel Die Glücklichen was awarded several prizes, including the Hamburg Prize for Literature, and her latest novel Nebenan was published by Luchterhand Literaturverlag earlier this year. Claudia is a journalist and novelist whose work has appeared in Die Zeit. Her debut novel Liebe ist Gewaltig (dtv) was published in May.

Finally, we hosted Katia Sophia Ditzler, an interdisciplinary artist who works with literature, music, video, performance and digital media. Her poetry has been published in several anthologies, including Cinema Lyrikanthologie (ELIF) in 2019 and kult.ur.sprung Anthologie (Peter Schaden), for which Katia received its poetry prize. Katia’s films have been screened at festivals across Europe, including the ZEBRA Poetry Film Festival Berlin 2020 and the Art Visuals and Poetry Film Festival Vienna 2021.

Special thanks to Mundhalle for taking us in on such short notice!